CROSSROADS Truck Training Academy originally opened in 2000 in Kingston, Ontario and quickly expanded to serve the Belleville, Ottawa, and Smith Falls areas. It began with the view that quality training and personal attention are critical to producing competent and confident commercial truck operators. It has kept that vision to the present. As a result of this focus on solid training and skill attainment, the company has held a lead position in commercial truck operator training for over 14 years.

CROSSROADS Training Academy of Barrie continues this legacy. It is committed to giving full value to its students and to the companies with whom they are eventually employed. Our service area is central Ontario, North of The Greater Toronto Area; however we are receiving greater numbers of students and referrals from carriers throughout Ontario, as well as out of province students and new immigrants.

Many of our local students are from Newmarket, Orangeville, Collingwood, Midland, Wasaga Beach, Barrie, Orillia, Huntsville, throughout Muskoka and Halliburton. To accommodate students who come from greater distances we now offer accommodations for a nominal charge. Please call to arrange for accommodations if required.

CROSSROADS Training Academy entered the Barrie market as the result of the shrewd observation by then CROSSROADS office manager, Diane Austin who had relocated to Barrie with her spouse. Diane’s business acumen quickly saw the opportunity for a quality truck training school in the region. As a result, she was instrumental in bringing CROSSROADS Truck Training Academy to Simcoe County & Central Ontario. In 2004 CROSSROADS Training Academy Barrie opened, and became a Private Career College under the Private Career College Act of 2005. It flourished under the leadership of owners Diane Austin and Read Conley, and to date, has trained over 2000 entry level commercial drivers.

In 2012 we realized that drivers and employers needed more. Technology is constantly changing and becoming more complex. Government and corporate policies change and require more of the driver/operator. Skills that are not practiced and honed become dull – the result can be a “negative motor vehicle incident”. CROSSROADS Training Academy of Barrie has developed several courses and offers programs which prepare new drivers for the road, help experienced professional drivers improve their skills and assists companies in meeting the demands of the most recent technological and regulatory changes.

Additionally, to better serve the growing demands of the industry and the changing needs of today’s student, we have:

CROSSROADS’ goal of continuing to attract good people was further enhanced when Desmond Hearn joined our team in 2012. Desmond has over 33 years in the industry, has worked for some of Canada’s largest carriers. Over the past ten years, Desmond has assisted in the development company safety programs, hands on driver training, professional driver evaluations, incident investigations, pre-hire evaluations, long combination vehicle training and acted as a safety counselor. Desmond specializes in developing custom programs for your companies’ particular needs.

More recently, Desmond has taken the role of VP of Operations under the stewardship of President Michael Preston and office manager Diane Austin. Together with their team, they continue the legacy of excellence in training for commercial operators that CROSSROADS Training Academy of Barrie offers to you. 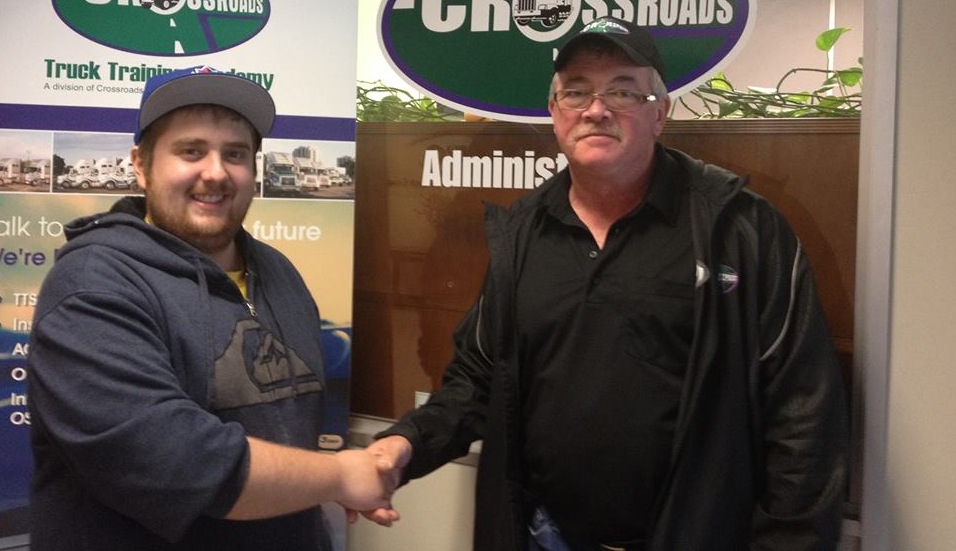 NOW THAT YOU KNOW OUR HISTORY
LETS TALK ABOUT YOUR FUTURE

REQUEST A TOUR & GET YOUR QUESTIONS ANSWERED